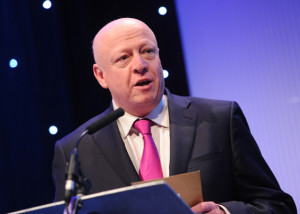 Rob is in constant demand as a host of major events and is an adroit and skilful fundraiser.  He has hosted innumerable charity events, regularly helping to raise many thousands of pounds for worthy causes.

Rob recently helped to raise £210,000 in a spectacular auction to launch the Sir Howard Bernstein Charitable Trust in Manchester and managed to sell –off Gary Neville and Ryan Giggs three times for a private lunch. The event went on to raise more than £450,000.

Rob created (with Lord Allen, former head of ITV plc) The Granada Community Challenge which was valued at £12m. He also created Live Challenge, which raised £1.1m for youth charities in the North West of England and produced a number one single across Europe: Tragedy by Steps!

The Virtual Grand National raised £2.9m in April 2020 as it replaced the real race on ITV and was reported all over the globe. The money donated by Bookmakers went to NHS Charities Together and to health causes in The Republic of Ireland. Rob launched the project on TV in 2017.

In the business environment, he has hosted and facilitated conferences and award ceremonies throughout the UK and Europe.