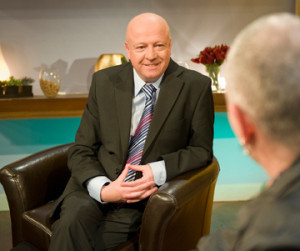 Rob has won numerous awards including in 2015, ‘Scoop Of the Year’ in O2 Media Awards for revealing that former Militant Leader Derek Hatton had rejoined Labour 29 years after being kicked-out. After the revelation, Labour kicked him out (again!).

Rob was an investigator on ITV’s World in Action which won a team BAFTA for outstanding achievement. In one investigation with Steve Boulton, Rob wiped £2.4bn from the share price of a major UK company after revelations about corruption.

Rob won a Royal Television Society Award as part of the presenting team on Granada’s coverage of the IRA bombing of Manchester (1996). He also won 12 national and regional awards for the charitable project The Granada Community Challenge which he created with Sir Charles Allen CBE and was valued at more than £12m.

His programmes have been nominated for a series of other awards.

In the 2015 New Year’s Honours, Rob was awarded an OBE for services to broadcasting in the North West.